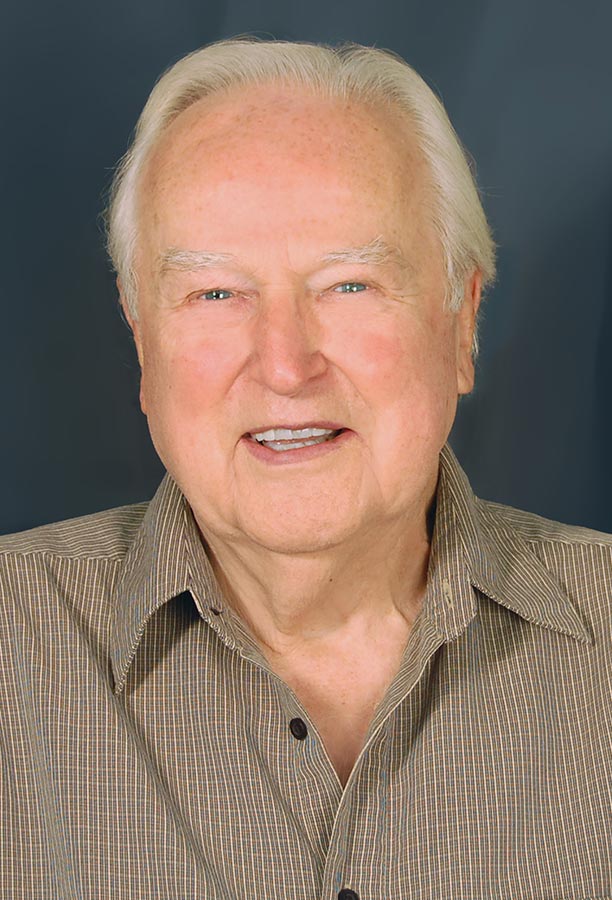 Raised in Massachusetts, Bob Deane developed an early interest in science.  He worked for the Massachusetts Department of Entomology and Plant Quarantine in efforts to control the gypsy moth population.  He served in the Navy from 1946 to 1948 as a Machinist’s Mate and became a qualified submariner with service on the USS Argonaut and the USS Greenfish.

Mr. Deane graduated from the Allen School of Aeronautics in Rhode Island and moved to California in 1954.  There he worked in the aerospace and defense industries and met Malcolm (Mac) McQueen who was working as an aerospace engineer while Bob was working as an instrument sales representative. Together they founded Fluid Components International in 1964.

Bob Deane is the holder of three patents including the original thermal flow switch patent which helped launch FCI as a business.  He also holds patents covering improvements to the thermal switch and a liquid-to-gas phase change detector.  In the 1970’s FCI developed an air-to-gas flowmeter based on thermal dispersion technology and their thermal flowmeters were quickly accepted based on their accuracy and repeatability in demanding process industries.  The company started a nuclear division in 1978 to deliver level, flow and temperature measurement to the nuclear power industry.  In 2010 FCI received the Control Global magazine Reader’s Choice award for thermal flowmeters and flow switches.

Bob Deane retired from FCI in 1995 but returned in 2010 to offer expertise and guidance on research and development projects.  He continues to work closely with the FCI engineers on specialized projects such as flow instrument applications and proprietary sensor packaging designs.

MCAA inducted Robert Deane into its second Hall of Fame class in April 2017 in Atlanta, GA.