The measurement, control and automation industry lost a shining star October 25, 2020.  Ken Hoffer leaves behind a legacy of innovation for all of us to remember for many years to come.  To view his tribute and leave a message for his family, please click HERE. 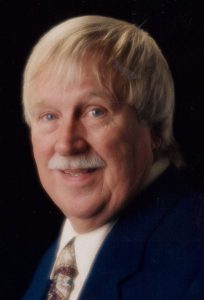 Ken Hoffer grew up in South Orange, NJ. He attended college at New York University, joined the Air Force and was in service for 4 years where he learned much about electronic engineering. He then became the production manager at Potter Aeronautical. Potter closed their doors in 1968. At this time Ken began doing repairs on equipment for customers out of his garage. His work grew and he founded Hoffer Flow Controls, Inc. in 1969. Needing to expand, due to continued growth, Ken moved the business from Union, NJ to Elizabeth City, NC in 1990, where they continue to operate today.

MCAA inducted Ken Hoffer into The Measurement, Control and Automation Hall of Fame in April 2019 in Tucson, AZ.